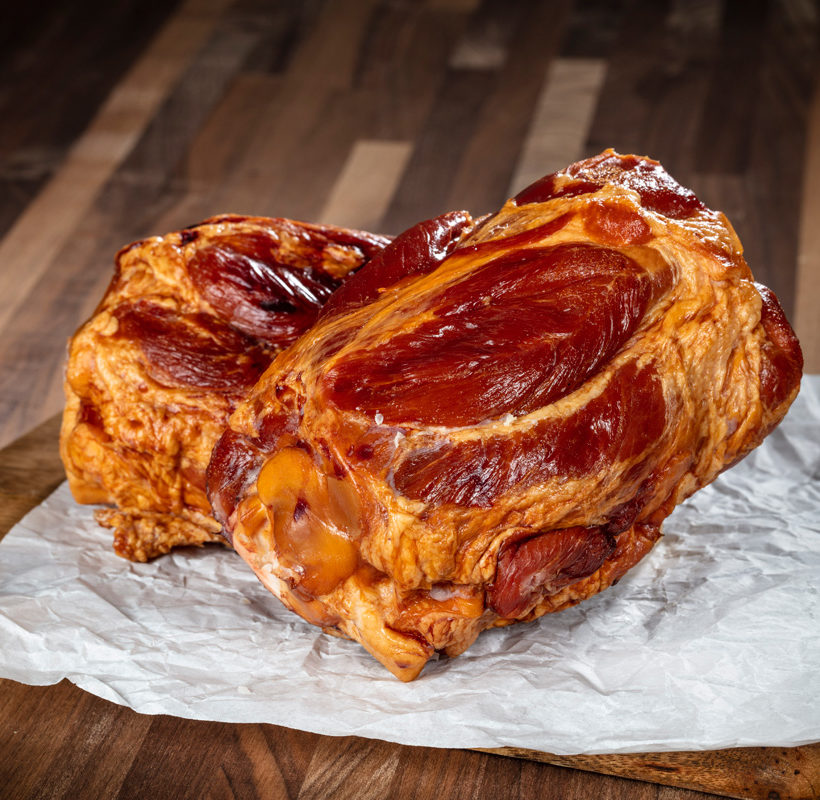 “Ham hocks” are actually ham shanks, which are produced when the shank portion is removed from a shankless bone-in ham. During the trimming process, the skin is also removed from the leg, resulting in the term “skinless shankless.” In Lancaster, ham shanks are prized due to the amount of meat and an excellent texture for slow-cooking. Weaver’s ham shanks are skinless, cured and smoked for incredible flavor and texture. 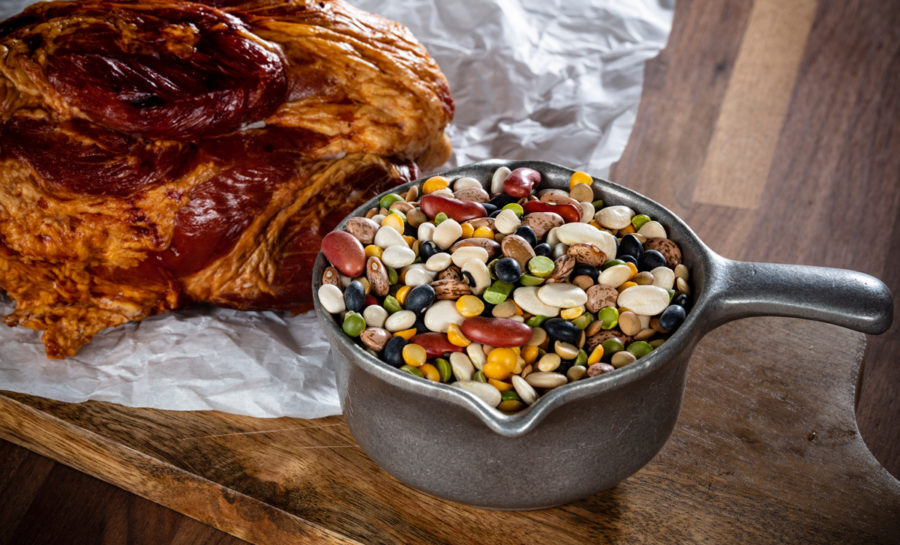 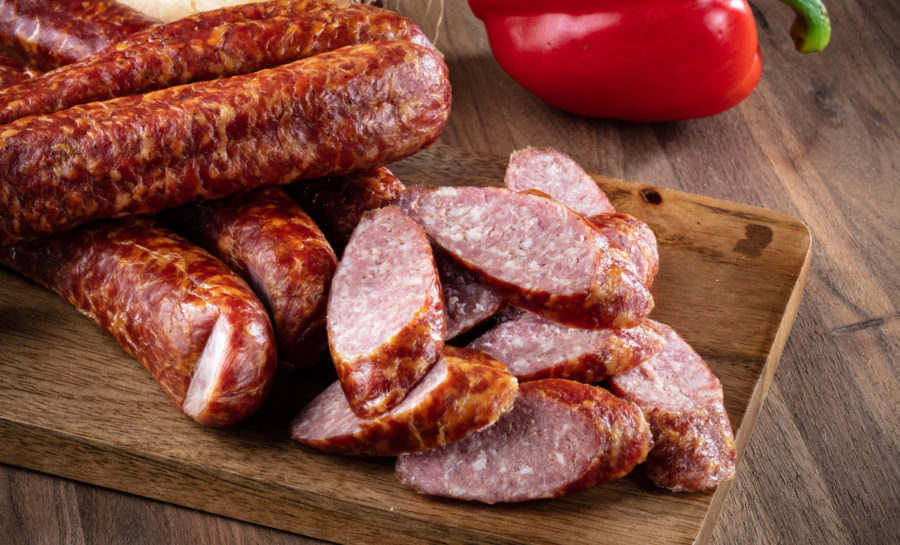 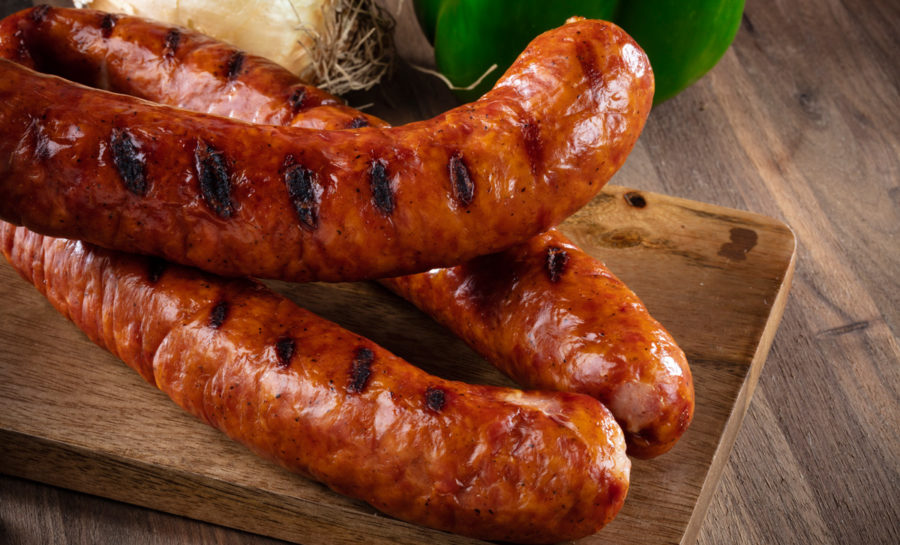 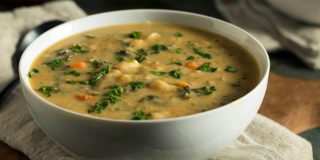